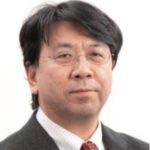 Jun Ohta received the B.E., M.E., and Dr. Eng. degrees in applied physics, all from the University of Tokyo, Japan, in 1981, 1983, and 1992, respectively. In 1983, he joined Mitsubishi Electric Corporation, Hyogo, Japan. From 1992 to 1993, he was a visiting scholar in Optoelectronics Computing Systems Center, University of Colorado at Boulder. In 1998, he joined Graduate School of Materials Science, Nara Institute of Science and Technology (NAIST), Nara, Japan as Associate Professor. He was appointed as Professor in 2004, and as Executive Director and Vice President in 2021. His current research interests are smart CMOS image sensors for biomedical applications, retinal prosthetic devices. He is a member of the Japan Society of Applied Physics (Fellow), IEICE Japan, IEE Japan (Senior), ITE Japan (Fellow), IEEE (Fellow), OSA and SfN.